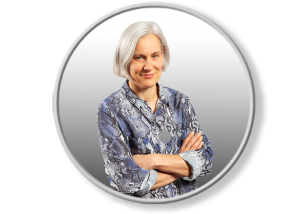 “Pathology is about observation and communication.”

Marcory van Dijk did her training at the Radboud University Medical Centre in Nijmegen. Before and during her training, she did scientific research, resulting in her being awarded her PhD in 2006, entitled: -Genetic alterations in melanocytic lesions - towards the diagnostic use of molecular genetic analysis'. After completing the programme, she worked at the University Medical Centre Groningen from 2007-2012, focusing on the areas of Nephropathology, Perinatal Pathology, Neuropathology (specifically Muscle Pathology and developmental pathology of the brain), Opthalmic Pathology, Hepatobiliary Pathology, and Transplant Pathology related to the kidney and liver. She is also the pathologist in charge of ICT. Since 2013 she has been working as a pathologist at the Rijnstate location.